What makes our model distinct?

In Honduras, our mission is to provide jobs for men and women doing Gospel ministry. More specifically locals who are working their way through seminary, or involved serving in Honduran church plants.

Here in the states, our mission is to help get Christians thinking about ways they can double up their consumer spending power to have a Gospel impact. When we speak at churches we tell people.... "we're not taking from tithing money, we're not taking from missions giving, and we're not asking for donations, we're just providing products you would already buy, with money you already planned to spend and allowing you to use that money to have a Gospel impact". We do that both on an individual retail level, as well as large custom branded bulk orders for organizations and conferences.

IN THE UNITED STATES

On a retail level, we know Christians are already buying products for themselves for day to day use as well as gifts for birthdays, Christmas, graduations and other events. We offer quality products you can fall in love with that also have a mission behind them. It’s an easy way for Christians to spread the Gospel with a simple purchase. 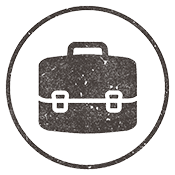 At conferences and church events we love to interact with individuals and share our mission letting people know about the opportunity to use their consumer spending power to have a Gospel impact. We can also add value to your event with the option to provide custom branded products with your custom conference or event logo for sale at the event with no upfront cost to you. (contact Lukas@wildandfreesupply.com for more info)

We offer bulk rates on all our products for custom orders with your logo engraved on the product. Many organizations use us for donor and client gifts, year end staff gifts, speaker gifts, and event giveaways. (contact us at hello@wildandfreesupply.com for more info) 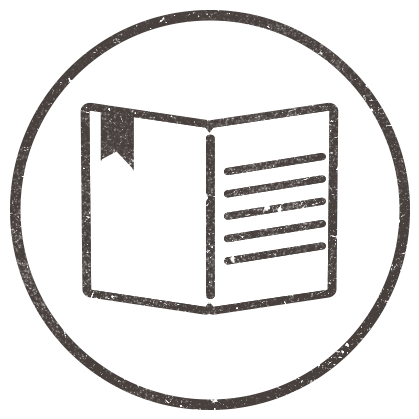 Many Christians in developing nations desire to pursue seminary and Bible training but lack the means to do so. They are often forced to ask for handouts from richer countries, or ultimately forgo an education altogether simply because they can't afford the extra expense while providing for their families. In Honduras flexible work with livable pay is hard to come by. At Wild & Free Supply we identify people who are doing faithful ministry in their churches and going to local schools like TMAI, MEDA, and SEPE. We then help them further their education and ultimately their impact for Christ. 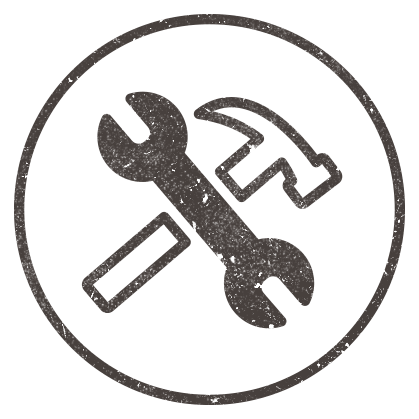 We believe that rather than just offering handouts, it’s better to create sustainable work and teach job skills that allow men and women in ministry to work with dignity. Like the Apostle Paul, they can be “tentmakers” as the need arises. Not only does this model create regular income, teach strong work ethic and help them provide for their families, but it also helps build local industry, and strengthens the local economy. After identifying faithful individuals to be part of our team, we provide on the job training, regular work, livable pay as well as flexible hours to allow our people time for ministry and Bible education. 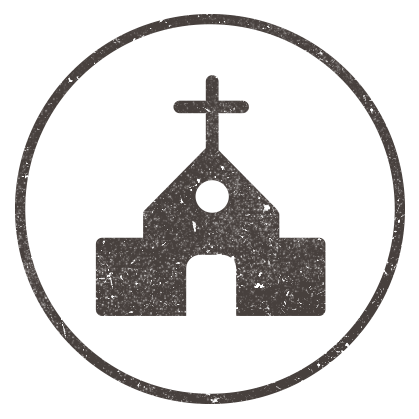 By purchasing gear, you are helping support our artisan's families while they work hard to plant, grow and strengthen local Honduran churches. With the proper training, local in country church leaders are more effective at planting and pastoring churches than foreign missionaries since they are fluent in the language, have a better understanding of their culture, and are intimately connected to the people to whom they minister.

You can read the long story below… but in short Wild & Free was born out of Lukas & Suzy VanDyke’s life long passion to serve the international church and come along side men and women in developing countries and help enable them to do Gospel ministry in their local culture. 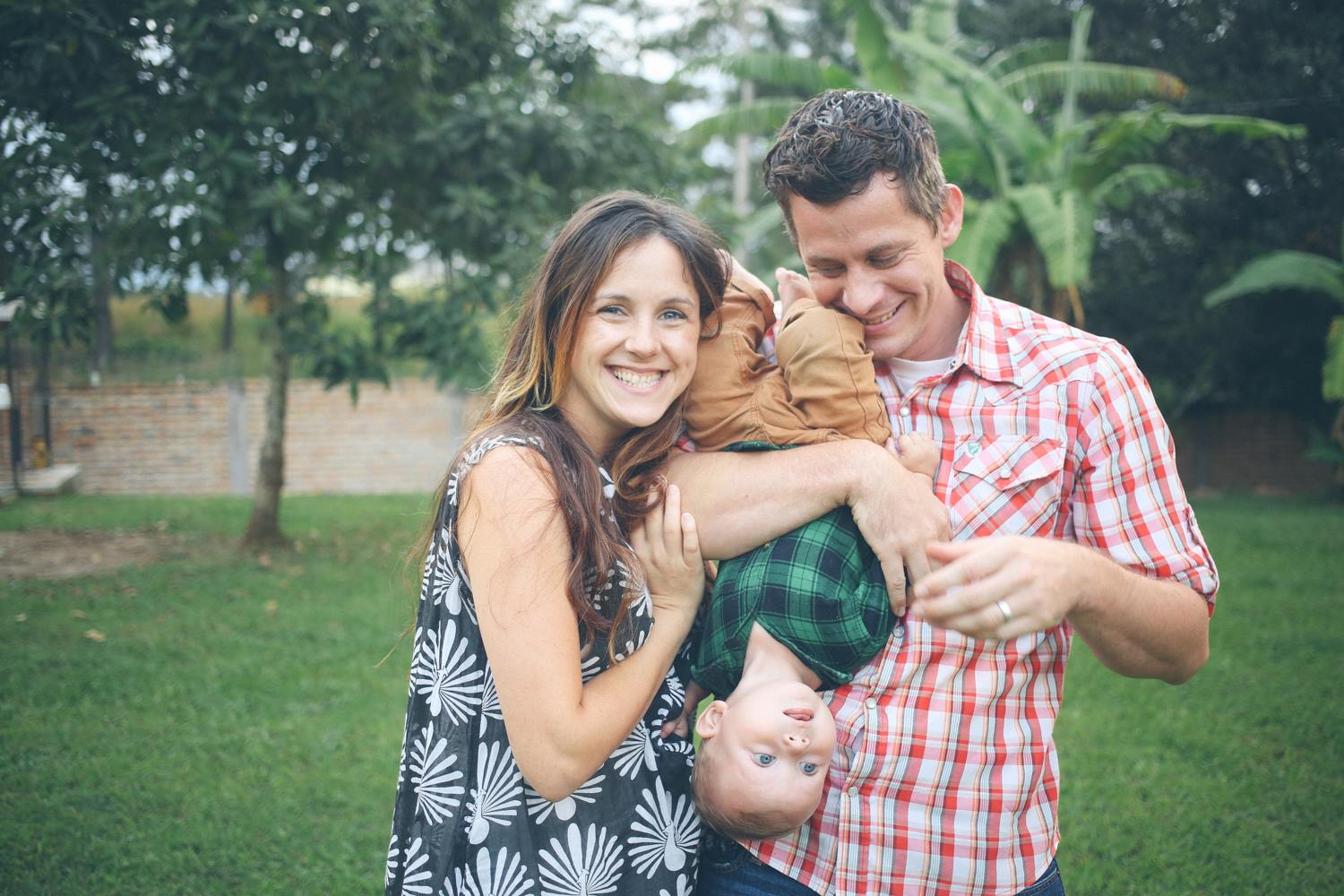 I want to tell you a story from back when first ideas of Wild & Free Supply were forming.

We drove, and drove, and drove, and when we thought there couldn’t possibly be another curve left in the road we kept going and drove some more. This wasn’t the kind of driving where you turn on the A/C, crank the tunes, stop at the Starbucks to grab your iced Americano and hit the freeway for some smooth sailing.

This was a tooth chattering, bone-jarring, pseudo road that tested the outer limits of the 1982 Toyota Land Cruiser’s capabilities. We crawled up steep rocky slopes with cliffs looming just off the side of the road, slugged through thick patches of mud, pushed through tree branches when the road narrowed to little more than a footpath, all while avoiding people dragging along their horses loaded down heavily with sugarcane. Then when we thought there was nothing left but a footpath to drive on, we kept going.

My wife, our eleven-month-old baby and I are three weeks into a three-month self-funded service trip down in the mountains of central Honduras. After the above intense drive, we did eventually make it to our destination. A little-known village with mostly mud-brick houses, open sewage, a lot dirt, stray dogs, free-roaming pigs, and the occasional horse tied to someone’s front porch. In this village, we met people. Lots of them. We spent the day visiting mud houses, delivering food supplies and medicine, and helping our friends with a little church service.

It had been a long day, and we left the village with just enough time to make the multi-hour journey back to civilization before dark. Not only would dusk bring pitch-black, making it harder to navigate the slippery mountain paths, but it would also bring swarms of what can sometimes be deadly disease-ridden mosquitos, as well as increase the ever-present risk of roaming bandits. In fact, Honduras is known for having the highest murder rate in the world and our friends had encountered a roadblock and been held up at gunpoint not far from here before.

The SUVs were in four-wheel drive crawling down a muddy path through the middle of a mountaintop coffee field when it happened. One of our two vehicles lurched to a stop with a skin chilling sound of snapping metal. We all climbed out and stood in the road just as a train of pack horses loaded down with fire-wood plodded up the embankment and through the brush to get around our vehicles which were now blocking the path. The driveshaft had broken in half. I mean seriously, coffee plants around us, mud under us, and horses loaded down with wood squeezing past us. Is this real? We tried hooking up the working vehicle to the broken one to pull it. But with the damage, the wheels wouldn’t even turn.

Then it started to rain, and as the torrent thickened we squeezed 10 people into the small four-seat working Land Cruiser and left the more stalwart men who spoke Spanish to guard the broken car. I jammed the truck into first gear and sloshed through the mud to drive everyone to the next village to get help. At the next village a new friend from a local church we had met along the road let us rest in his adobe mud brick home while we waited for help to come. As we all crowded into his small mud house with a rough cement floor and rain pouring down on the tin roof, I noted it was only about a twelve feet wide with a small fire in the corner for the kitchen. As I sat on the rough floor leaning up against the mud wall the man offered us coffee. His wife then went on to make us hot sweet coffee over the fire which they brought us in tiny mugs. We drank our coffee as we watched the pitch of night come on. And It came on with force…deep, thick, smothering, powerful, blackness.

Sometimes in life, you encounter such surreal situations like this that all of a sudden even the idea of our house, pool, and yard back in Southern California seem like a fantasy. This little mud house, wood fire, and sweet coffee deep in the mountains of central Honduras all of a sudden became, to us, the starkest perception of our existence. I hope we never forget this moment.

I hope we never forget it because this villager in his mud-brick house who I had just met offered me two things no-one else could. First, he offered me perspective. His circumstance reminded me that we really do have a ridiculous amount of things to be thankful for, and that kind of goes without saying. Second, he reminded me of the awesome world-wide body of Christ that Christians are all part of.

His actions showed me that even if you live in a tiny mud hut in the middle of the jungle, with no running water, no bathroom, and a small wood fire in the corner of your hut you can still minister the love of Christ and offer weary, rain-soaked stranded travelers a shelter from the elements, hot coffee, and bless the socks off them! How much more could I do with my resources?

These are some of the people you all have a chance to help! Thank you so much for being a part of all this!

BEHIND THE SCENES PHOTOS